Jude Charles is one of Montreal’s foremost Jazz guitarists. Jude was born in Port-au-Prince (Haiti) and then came to Canada at the age of 4. At age 17, he began to take guitar playing more seriously and began private lessons. By age 20, he was juggling his time between studying computer science in University and touring around the world at stops like Belgium, Tahiti, France, Martinique, Guadeloupe, Haiti, Miami and New York. With so much on his plate he soon came to realize that he had to make a choice between music and computers; so in that same year he started his own band he named SOULDOUT. After a two year stretch Jude began to branch out and share his Funk/R&B/Jazz style with most of the bands in Montreal including CORNEILLE and GAGE, SYLVIE DESGROSEILLERS, FRANCE D'AMOUR, KMARO, JONAS, LYNDA THALIE, GLENN LEWIS, FLORENCE K, MAGGIE BLANCHARD, CHOIR OF PROPHECY, MINISTERIAL CHOIR, JIREH CHOIR, NO-DEJA featuring BARNEV, PASSION KOMPA and many others. He also enjoyed playing guitar for American gospel sensation and Grammy nominated MARVIN SAPP.

In 2002 Jude Charles soon heard the call of the recording studio and began composing and producing music. He started working for a radio station in Montreal (CKUT 90.3 FM), where he wrote jingles. Jude’s musical repertoire ranges from Compa, Hip-Hop, R&B and Reggae; to Techno, Alternative, Rock and Pop; to Classical, Salsa, Blues and of course Jazz. He also appeared in many music videos such as K-DANS, PASSION KOMPA and OLIVIER CHEUWA. In 2005 he worked with singer SANDY DUPERVAL from STAR ACADEMIE (Quebec version AMERICAN IDOL) and produced a radio single for SHARON BROOKS. In 2009 Jude co-produced the SYLVIE DESGROSEILLERS album titled ENSEMBLE.

Jude has a good head for business as well, putting out three albums under his own label HEY JUDE PRODUCTIONS; OLIVIER CHEUWA who sold more than 20 000 copies, and the other GUERDIE & NADEGE with album LOVER OF MY SOUL. In 2004 he started to go all out. He produced an album called URBANISTIK for STEEVEK, with whom he got his first single with a music video running on MUSIQUE PLUS. He also produced an album called GHETTO GOSPEL for GUNDEI, who won best English album at the 2007 MU AWARDS. Jude’s greatest achievement to date is his smooth jazz solo guitar album titled MY GUITAR which debuted in 2009. Jude has also released his well anticipated album titled BLUE DIAMOND, available right now.

When Jude is not busy playing live or producing in studio he loves giving back to the community by providing guitar lessons for his high school students and performing at various non-profit and charitable events. You can also find Jude and his guitar in the Walter Salles film “On the Road”, starring Kristen Stewart (Twilight) and Sam Riley (13). 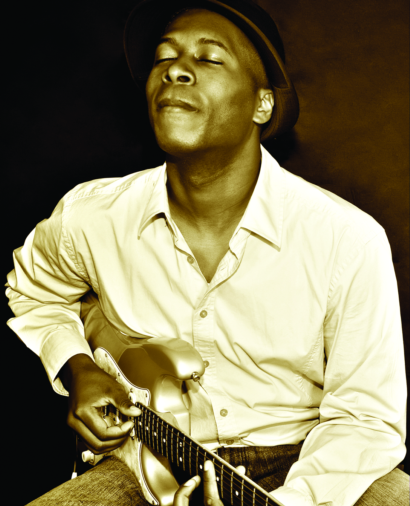